Calendar
Documents
What is drifting?
Results from
Drift webpage
Calendar

Drifting is a relatively new area of motorsport and the only motorsport discipline where the result is not determined by time, but by points set by the judges. As a sport, drifting began in Japan in the 1970s.

In a drifting race, the car is deliberately made to oversteer so that it starts moving sideways. At the same time, the driver must maintain control of the car and move smoothly. A car drifts if the turning radius of the rear axle is larger than that of the first axle and the front wheels of the car are facing in the opposite direction to the turn.

The judges will judge the driving line, speed, “cornering”, amount of smoke and entertainment. The driver must stay on the predefined driving line.

The essence of drifting

Almost without exception in all traditional motor sports, the winner is the fastest rider from the start to the finish. In drifting, the difference is clear – it’s the driving style and the ability to handle the car to the extreme that counts.

The basic idea of drifting is to drive a rear-wheel drive car through a pre-defined asphalted bendy race track with the highest possible slip angle without interrupting the slip at any point during the performance. Performance is judged by the competition judges, who assess glide angle, speed and ability to stay on a predetermined trajectory.

Drifting originated on the mountain roads of Japan, where crazy amateurs would race side by side in the night-time touge races they had practised for years. Drifting took the next step to the road and only recently became an official sport. The world’s most prestigious drifting professional class, the D1GP, was first held in 2001. on the roads of Japan. It started to reach international level in 2003. in 2007, when the D1 competition was held for the first time in the USA. 2007. By the beginning of 2010, competitions were being held in Australia, New Zealand, Malaysia, the UK and Ireland, in addition to Japan and the US. A new European Championship series has also been set up, with the main focus for the moment still on the British Isles in terms of courses. There are already up-and-coming series from a large number of countries, with Norway currently considered the most important drifting country among the Scandinavian countries.

Conduct of the competition

Regardless of the terrain and the series, the drifting competition proceeds as follows: first, each driver drives several individual heats, the best result of which determines his place among the participants. A perfect performance is worth 100 points. In individual races, glide angle, speed and accuracy of trajectory are the most important factors and, as in the areas judged by the judges, the overall presentation/appearance/style of the performance has some influence on the score. For example, the large number of sneakers is seen as a positive phenomenon. In some series, drivers can show their skill, for example, by waving to the audience from an open window during a performance. In almost all professional series, non-performance is excluded from the scoring to ensure that the handling of the car is rightly a determining factor in the assessment.

In higher level series, where places are not awarded on the basis of points scored in individual races, the final places are determined by a pair drift. In this case, a 16-man elimination scheme is usually set up with two riders completing the course simultaneously. The best will be determined after two races, with both drivers having the opportunity to drive both as the leader and the co-driver. Competitors try to achieve the best slip angle and speed, with the driver at the back always trying to drive as close as possible to or even overtake the driver in front, and the driver in front trying to pass the driver at the back. Paired drifting requires a good driver’s resilience, and mistakes are more often made in pairs than in singles. After the first race, the judges will award points to the better driver. If the score cannot be determined, the score is 5-5 – if one spins or goes off the track, the score is 10-0. The drivers then change places and drive the same section of the track one more time. The driver who scores the most points in two races advances to the next race, while the driver who scores the least points is eliminated. This “quick death” method is used until a better outcome is found. The winner will be decided in the final round of pairs, where the last two drivers who have not yet lost will meet.

The most popular drifting cars in the world are the Nissan S-series (200SX, Silvia) and the Toyota AE86 chassis models under various names. This is mainly because these cars were favoured by amateurs in Japan, the birthplace of the industry. Basically, any rear-wheel drive car with a pre-production engine can be turned into a successful drift car. In the US in particular, where car manufacturers have started to support drifting competitors, there are many Ford Mustangs among the top drifting brands. Mopar and General Motors have also produced drifting race cars at the factory.

Modifications to the cars have been made to achieve maximum control (adjustable shock absorbers, wheel inclinations), increased slip angle through steering changes and a wide torsional range in terms of engine adjustment. While high power alone doesn’t make for bliss or open the door to success, Toyota Corollas equipped with 1600 cc 4A-GE engines are a permanent fixture even in D1 top races. However, the vast majority of competition cars have more than 300 horsepower. Tyres are also a very important indicator, especially in higher level competitions. Poorly gripping tyres cannot achieve the speed needed for an ideal performance, which is why the highest class of street racing tyres on the market are used in competitions. Slicks and other competition tyres are banned in almost all series. In fact, for a beginner to amateur, almost any low-cost tyre will do.

Sufficient counter-steering, shifting the centre of gravity, exploiting engine inertia with gears, using the handbrake, etc. are needed to bring the car into a sideways slide, to continue it and to link successive slides. Each performance combines a number of techniques and each competitor has developed their own personal preferences. However, it is not something you can learn by reading or watching videos, but requires lots of practice on the track, in a safe environment. Many event organisers also hold events just for drifting practice on micro-tracks where speeds are kept low. In the best cases, you may have amateurs with years of experience teaching you, who can give you tips at a golden price.

Read more about drifting and the competitions on the drifting committee’s website www.driftime.ee 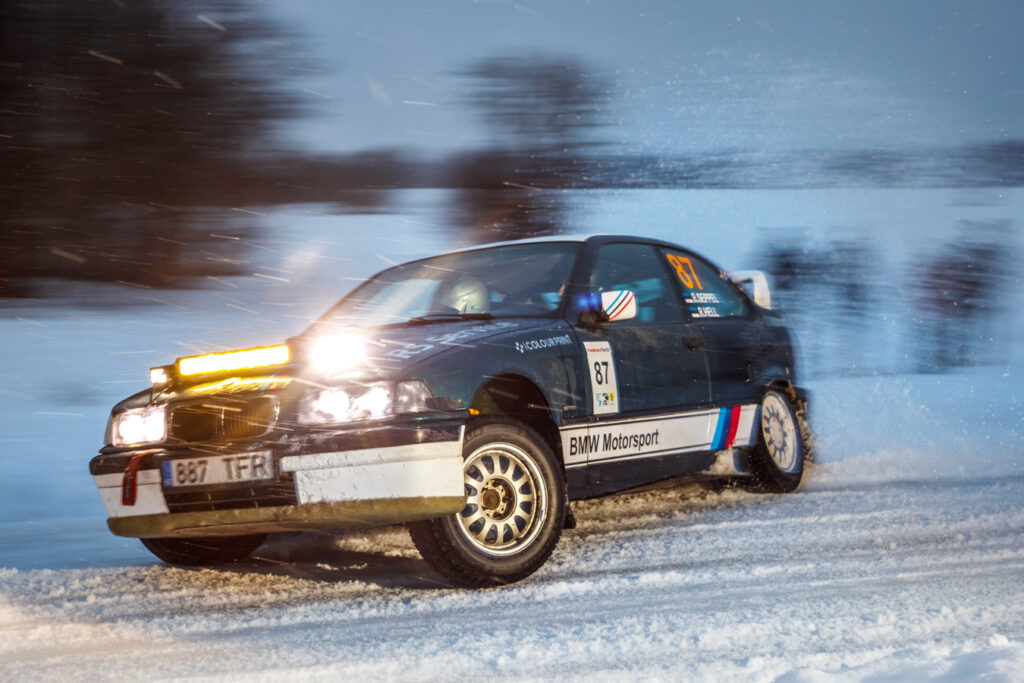 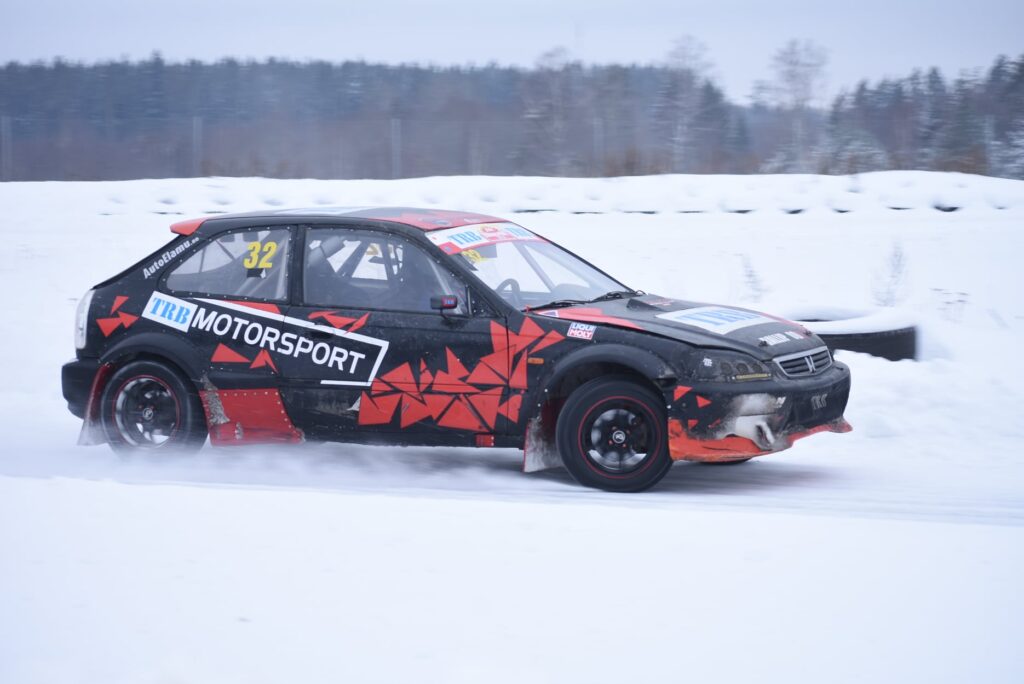 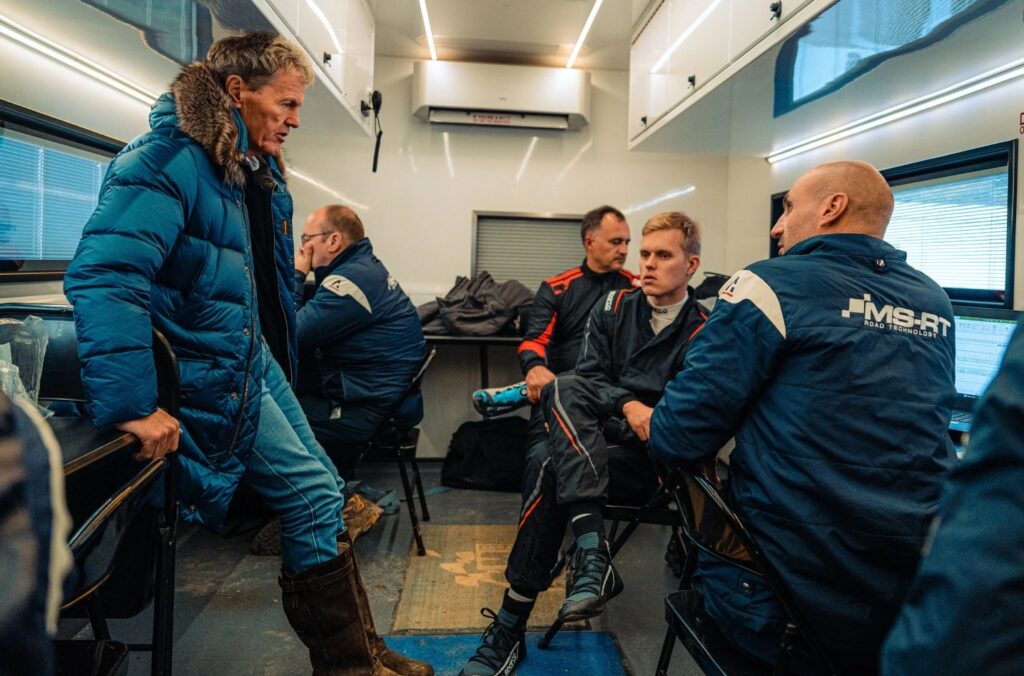